Coin Burning: What does it mean and why do we burn cryptocurrency?

There are many terms and definitions in the world of crypto you might want to know for having a better trading or investment experience, Coin Burning is one of them. With some of the most major crypto exchanges like Binance, having participated in coin burning, it is vital to know what the concept of coin burning is and how it affects the crypto industry.

Many people think that coin burning will necessarily increase the price of crypto assets. While this is true in many cases, coin burning doesn’t always result in a price increase or decline. There are several other reasons that might have an impact on the matter. Follow the rest of this article to know all about coin burning in crypto.

What is coin burning?

Cryptocurrency burning or coin burning is the process of removing tokens from circulation by sending them to a wallet address that can not be used for initiating transactions and only receiving coins. This wallet is placed outside the network and that is why its tokens can no longer be used.

The process of coin burning is done intentionally with the aim to send the coins out of reach and not be used again. The wallet to which the issued coins are sent is called an “eater address” and the coins are sent to it with the help of developers. The eater address is publicly visible but frozen on order. The status of the burned coins will later be revealed on the blockchain.

🔻See also: What are Crypto transactions?

Which coins can be burned?

All cryptocurrencies can be burned or sent to a burned address. The founders of the blockchain can proceed to burn tokens. As an example, the cryptocurrency exchange Binance, does a quarterly burning of its Binance Coin holdings. Similarly, Shiba Inu also gave half of its supply to Vitalik Buterin, co-founder of Ethereum, in 2021.

Other than that, a new alternative to proof-of-stake and proof-of-work consensus mechanism is coming up called the “proof-of-burn”. This algorithm will help crypto investors and miners to  need to burn their own tokens to earn the right to mine new blocks of transactions. Some cryptocurrencies that use proof-of-burn demand that miners burn the same money they're mining. Some also let miners burn several kinds of cryptocurrency. 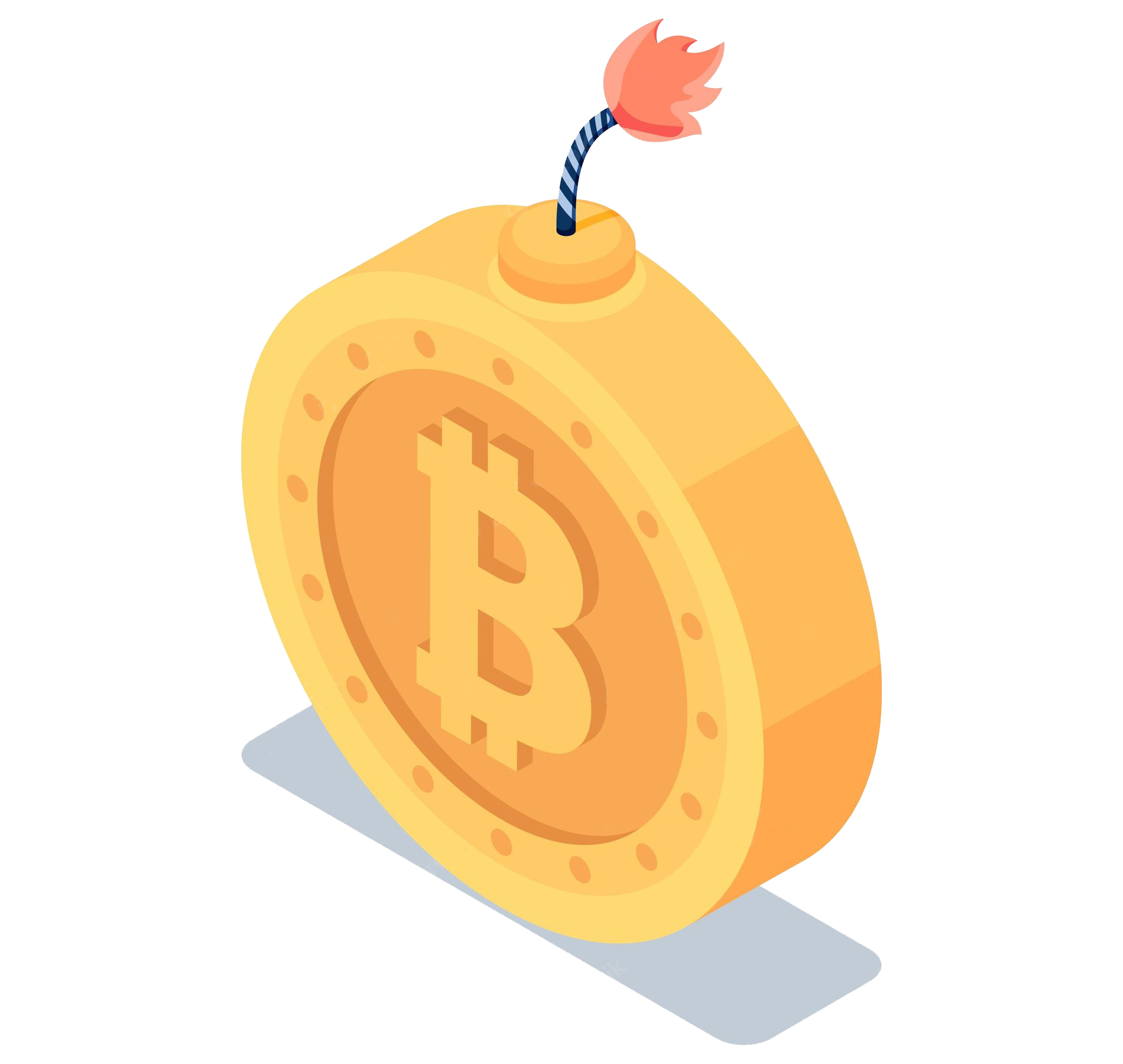 Here are some of the most important reasons why crypto coins need to be burned:

To be used as a consensus mechanism

Coin burning helps the consensus mechanism of cryptocurrency. By burning some of their coins, miners will have the opportunity to mine new blocks. In return, they will be rewarded with the same coin and sometimes even in the form of  new coins. For certain coins, receiving new tokens on a new network requires burning another cryptocurrency. For instance, in order to earn another coin, miners will need to burn Bitcoin.

To increase a coin’s value

Some cryptocurrencies are deflationary in nature and have definite supply limits, in contrast to fiat currencies which are characterized by unrestricted central bank printing. There are only 21 million coins available in Bitcoin.

Because there are only so many coins available, the price will often increase quicker the more individuals who want to keep, use, or buy Bitcoin. The price of Bitcoin may continue to increase in comparison to any fiat currency as long as the demand remains steady and the supply remains constrained. Coin burning is one way to maintain the balance between the supply and demand of a coin.

Coin burning can help stablecoins maintain their peg to their fiat currency. For instance, if a stablecoin's price exceeds its dollar peg due to increased demand, the protocol's smart contract would automatically issue new tokens to lower the price or burn coins to raise the price to keep the stablecoin's dollar peg constant.

In some cases, the coin burning happens on a regular basis. This helps maintain a balance between the old and new investors on a platform. This is due to the PoB consensus mechanism, which encourages the mining of new currencies by requiring the burning of coins to authenticate transactions, which enables a balance between new users.

A network can be protected from cyber security attacks by burning coins, which also prevents the network from being slowed down by spam transactions. Some networks demand that miners and validators burn the transaction fees they receive, pretty much similar to Bitcoin users paying a tiny cost to process transactions and Ethereum users paying a gas fee to run smart contracts.

Token burning is not essential for the functionality of a coin. However, it’s beneficial for the well-being and health of the network. Investors may concentrate on the potential effects of coin burning on a token's value, and miners may find coin burning important to efficiently mine new tokens on a network.

🔻Related: How to make money with blockchain?

What are the benefits of coin burning?

Coin burning increases the value of a crypto by limiting its supply. Although a coin burn doesn't always result in an increase in price, it has in the past; nonetheless, a decline is also possible.

Coin burning can also help control the inflation of a crypto asset. Proof-of-burn is a low-energy consensus process that may be used to validate transactions, produce new coins, and maintain supply stability. Last but not least, proof-of-burn can help avoid the network from being hacked.

Although the crypto community views coin burning as something rather positive, there is still room for more investigation in the case. Coin burning will influence the price of tokens hugely. Of course, it depends on other things too but the supply size will finally determine where the price of the assets is headed.

Coin burning can be a helpful strategy to help retain value and encourage investors, while there is no assurance that it would raise a cryptocurrency's pricing. If you decide to invest in a cryptocurrency, consider whether its burn strategy is in line with your objectives. You can try out PayPax to buy cryptocurrencies at their best price and don’t forget to always set a clear idea of what you are investing in.