Ethereum (ETH) vs. Ethereum Classic (ETC): How they decoupled and what are the differences

Ethereum and Ethereum Classic are two very similar projects, originated from the same blockchain but with slight differences. Both native tokens ETH and ETC are referred to as “Ether”, but when it comes to popularity, Ethereum (ETH) remains the top choice in a wide scale. Some of the main differences between the two prices are between their market capitalization and their prices respectively. If you have chosen Ethereum for your financial investments or tradings, it is worth investigating the two projects exclusively before jumping in the big game. In this post, we will have a close look at the two projects’ differences and what you need to know before starting to buy ETH or ETC for good profit.

What are the differences between Ethereum and Ethereum Classic?

The Ethereum blockchain started to become popular in 2015 shortly after it went alive and that was because the functionality it had could compete well with the world’s largest crypto assets Bitcoin. Following a hacking incident in 2016 Ethereum community decided to update the Ethereum blockchain. Today, both ETH and ETC are up and running but Ethereum's price and market cap have soared significantly, leaving Ethereum Classic far behind.

Below we’ll have a close look at the key differences between the two projects:

How did they split?

Ethereum was the first blockchain platform to let people and developers build smart contracts. Smart contract is the implementation of a contract’s term of agreement on a blockchain network. The importance of smart contracts is because of the automatic execution of transactions, which will speed the process up to 10 times more than the traditional ways.

As a result of this popularity, many people turned to smart contracts, which gave hackers the opportunity to steal more than 3.6 million ETH coins from a company named "The DAO," which was attempting to create a decentralized marketplace in 2016.

Consequently and to compensate for the loss of its users, Ethereum executed a hard fork or to put into simple words an update to strike out the transactions in which funds were stolen and from then on the project splitted in two, with the older one being called Ethereum Classic (ETC) and the latter Ethereum (ETH). Ethereum classic is popular with users who didn't consent to the update and wanted to keep the old programming which consists of the DAO hacking transactions.

Is Ethereum Classic better than Ethereum?

Considering the reasons mentioned above and the price of ETH outperforming ETC, Ethereum is by far a better choice when it comes to trading. Ethereum is regularly and naturally traded in the crypto market and that is why it shows natural volatiles or ups and downs compared to Ethereum classic which has completely lost its popularity and no one is interested in it anymore and for the same reason its price barely moves.

So if you are wondering which to choose for buying or trading, don’t hesitate to choose ETH as the future holds so bright for the asset, especially with the successful launch of the Merge, Ethereum’s latest update.

Why is Ethereum Classic so cheap?

The supply and demand for Ethereum Classic is so low that the asset has become so cheap in price. With Ethereum being the world’s second largest and most popular cryptocurrency, no one tends to buy or invest in Ethereum Classic.

Does Ethereum Classic have a future?

Ethereum Classic will still allow users to run the smart contracts with the benefit of decentralized governance, meaning without the involvement of a third party or a higher force but to prevent the hacking incidents from happening again, no one is allowed to censor the execution of code on the ETC blockchain.

However, at the end of the day Ethereum still remains a priority over Ethereum classic, especially for the purpose of buying, selling, and making money with NFTs.

Keep in mind that it still doesn't imply the fact that Ethereum classic doesn't have any future. Itt just indicated that it is definitely not going to be as popular and trusted as Ethreum itself.

Is Ethereum Classic a good investment?

Based on the price fluctuations of Ethereum Classic at the beginning of 2022, crypto experts expect the average ETC rate of $38.82 in September 2022. By the end of the year 2022, ETC price will reach $42.01 on average. However, these numbers are not for certain as with all other assets in the market. 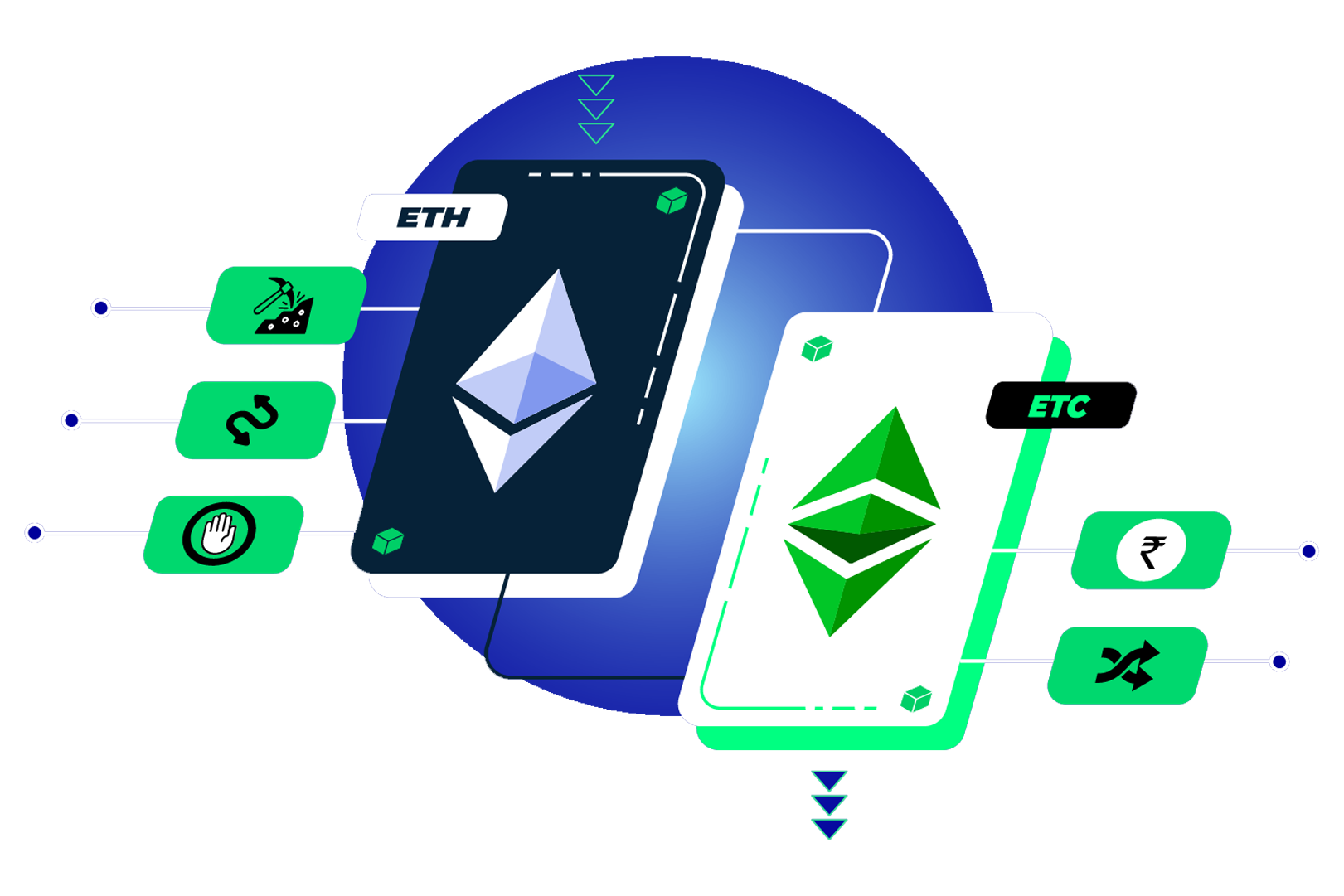