What is the best cryptocurrency for payment? How to choose and table comparison

Whether you’re a crypto expert or someone who doesn’t understand the difference between cryptocurrency and blockchain, chances are high you want to make payments using this ever growing financial asset. Nonetheless, in the infinite world of financial assets, it is easy to get trapped and feel confused which one to choose for a free of hassle and effective method. In the following post, we’ll provide you with a comprehensive guide on the best cryptocurrency for payments.

How to choose the best cryptocurrency for payment?

Below we’ll mention some of the most essential factors to consider when choosing the best cryptocurrency for payments:

This is one of the features of the blockchain network as mentioned earlier and an important factor to consider when choosing the best cryptocurrency for payments. The transaction speed shows how efficient a cryptocurrency is. A higher efficiency implies that the blockchain underneath the coin is more capable of transferring data from one party to the other and confirming transactions, making it easier for you to transfer your funds and generate transactions at a much faster pace.

Price volatility is used to describe price fluctuations of a currency. Volatility is calculated by the day-to-day variations in the price of the asset. The degree of variation, not the level of prices, defines a volatile market. Now this number varies greatly for different assets depending on different factors. The best cryptocurrency for payment should be  less volatile in price, lowering the chances of missing gains or undergoing financial loss on your end.

The currency’s authenticity and security is also another factor to consider when choosing the best cryptocurrency for payments. Cryptocurrency received its name because it uses encryption to verify transactions. This means advanced coding is involved in storing and transmitting cryptocurrency data between wallets and to public ledgers. The aim of encryption is to provide security and safety. However, there are degrees defined for the security of different assets which we’ll discuss further below. 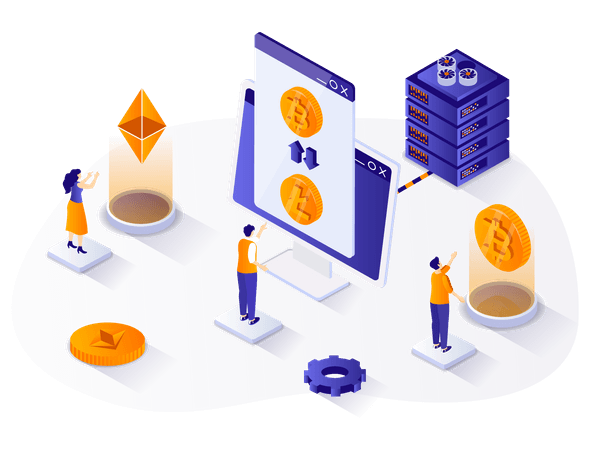 What is the best cryptocurrency for payment?

Here are some of the most widely used and best cryptocurrency for payments:

Bitcoin is the most known and the most trusted currency among all. It's protected by the hash functions, which provides the same level of security that banks, the military, and VPNs have. The bitcoin network is a peer-to-peer payment through which the user can transfer funds from his bank account to another individual's account via the digital medium Internet or a mobile device.

Bitcoin price fluctuates constantly because it is influenced by supply and demand. It is in fact considered the second most volatile asset after Tether.

All in all, with almost all payment platforms offering services for Bitcoin it’s considered the best cryptocurrency for payments.

Dogecoin is among memecoins which are generally created based on internet jokes and obviously less secure than other assets but in general share many technical characteristics with the world's first crypto, Bitcoin and are generally secure.

Dogecoin also has an open source peer-to-peer network which is based on Litecoin and uses the same proof-of-work technology.

Dogecoin did not start out powerful, but has improved by offering 30 transactions per second within one minute of crypto transactions confirmation and in the list of fastest cryptocurrencies stands right after Bitcoin.

Dogecoin price is also among the most volatile cryptocurrency pricings but comes after Bitcoin in the list.

Dogecoin was initially created for the purpose of payment, that’s why the transaction fees for DOGE are the lowest compared to all other currencies.

With over 1,000 companies across a wide range of niches accepting Dogecoin as a form of payment, it is undoubtedly among the best cryptocurrency for payments.

Tether is in nature a stable coin. Stablecoins are cryptocurrencies the value of which is pegged, or tied, to that of another currency, commodity or financial instrument and aim to decrease the market fluctuations and volatility of popular cryptocurrencies like Bitcoin. As  a stable coin, Tether’s price should always be 1 USD, however, it does not always follow the implementation of its names and shows partial volatility. This volatility is of course by far less than other assets like BTC or DOGE.

Tether transactions using the Ethereum platform take 20-30 levels of blocks generated in 15 seconds each, thus 5-7.5 minutes. In conclusion, it is not as fast as the two previously mentioned assets.

Tether works on three blockchain networks: TRON, Ethereum and Omni. The fees for a Tether on the TRON network is low, whereas, for those based on Ethereum which is rather high.

Tether is used by traders to keep their crypto funds safe during high volatility periods in the crypto market as mentioned earlier. It is considered highly authentic and one of the best cryptocurrency for payment among traders and people all around the world.

With the guide provided it is now easy for you to choose the best cryptocurrency for payments whether online or through other financial assets like ATMs.

As a business owner, perhaps your clients will want to pay with Bitcoin simply because so many people do it. At this point, it’s most beneficial for you to accept Bitcoin as a business and increase your potential customers by satisfying their payment requirements. Using a reliable and secure crypto payment gateway can facilitate the process.

PayPax offers API, instant payments as well as 24/7 customer support desk for you to easily integrate your payment methods, bring the most cost-effective solutions to your potential customers and expand your business ever more globally.